Iga Swiatek and her team like to turn over every rock as they strive to ensure a proper follow-through to the Pole’s breakout success of 2020. Mike James, an analytics expert, is an integral part of that mission now. 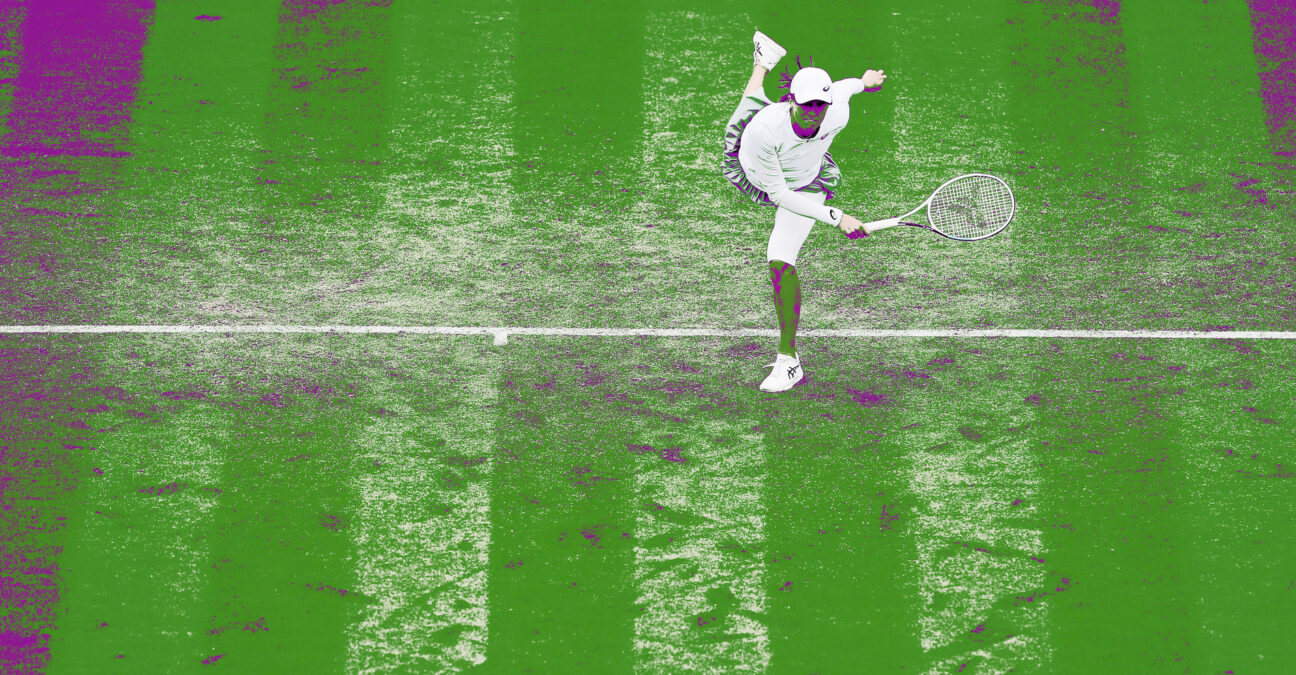 As the French Open champion at the age of 19, Iga Swiatek probably doesn’t need too much extra help when it comes to finding her way on the Tour.

But the best champions are always looking for an edge and Swiatek, with the help of her coach, Piotr Sierzputowski, are leaving no stone unturned.

Mike James is a specialist in tennis strategy and data analytics and the founder of Sportiiianalytics. After coaching for 20 years, he embraced the tennis data revolution and has helped a number of top players, including Stan Wawrinka, Miomir Kecmanovic and Kyle Edmund.

Since October 2020, he has also been working with Swiatek and the Pole has been enjoying the collaboration, with her coach filtering the statistics into advice she can quickly take on board.

“Usually it is my coach is in touch with him,” Swiatek told reporters at Wimbledon on Saturday. “That’s really important because I’m the kind of person who needs someone who’s going to convert all these statistic information into good advice. My coach is doing that basically. 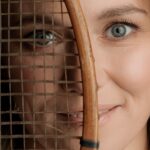 READ ALSO
“I want Iga to know herself better”: our interview with Daria Abramowicz, the sports psychologist connected to Swiatek’s mind
TENNIS MAJORS

“I think it’s working pretty well because in other sports it’s been obvious that you’re using sport analytics to help you with some stuff. But in tennis it’s kind of new. I’m pretty happy that we started that. I think it’s good to have all the information that you can get just to have more. I’m pretty happy.

“It was actually my coach’s idea. I didn’t even know that it’s possible because I wasn’t aware that there are some people who are doing that. But I think it’s working out pretty well.”

MEET MIKE JAMES: “THE GLUE OF THE TEAM”

While Swiatek has spoken at length about her use of a sports psychologist, Daria Abramowicz, her statistical input is less well known. James will not be seen in her player box; his work is done behind the scenes, providing statistical reports for Sierzputowski to pass on to Swiatek.

“I describe myself as the glue of the team,” James told Tennis Majors in an interview. “Maybe there’s a highlight video of her body language. Maybe the conditioning coach is coming in and wants me to do a speed and movement project. Well, Piot’s coming in and looking at what does the data mean, the interpretation of winning and losing.

“So really, I’m coming in, from their point of view, to try to build her game because she’s born in 2001, she’s 20. She’s not going to be at a peak for another three or four years yet. And obviously, we’ve seen a lot of one-slam wonders and a lot of players, particularly on the WTA Tour, that have just won a slam and then gone away for two or three years and maybe then started to come back. I think that’s definitely not what we want to happen with Iga. And actually, she’s already shown this year, winning Adelaide and winning Rome, that’s not going to be the case.”

James says probably only 20 percent of his information is passed on directly to Swiatek at any one time.

“I actually like it that way as well, because I was a coach for 20 years previously before being fully into the data analytics, I am very aware that you can you can actually do more harm than good with the analysis sometimes,” he said.

“So I think it’s great that I’ll give you 100 percent of what I’ve got and then he’ll filter that down to Iga. Maybe he’s only giving Iga 20 percent of the information that is used out there, because ultimately he’s on the road with her 24/7, he knows her, he’s been coaching her for five years. He’s the best person to deliver my information. Ultimately, she knows I’m in the team and she knows that I’m in the background doing these things. But I think it’s the best way. And if I interact with her, it’s very relaxed and I’m not sort of chucking numbers at her.“

Swiatek’s intelligence shines through in her play and James says she’s the same off the court, always interested in information that can help her in the long run.

“She’s a very intelligent girl, she’s very bright,” he said. “And actually, what I do like about Iga is – filtered by Piot, several times now he’s been in the players lounge with her and I’ve had a random text from him going, ‘Iga wants to ask you this.’

“And I love that because some of the older generation of players that I worked with in the past, the coaches were very into the data but the players were not interested. I think she’s almost like the Next Gen player that actually sees it as a benefit, also sees this becoming very normal.

“It’s very normal. (Aryna) Sabalenka, Ons Jabeur, Novak (Djokovic), many players have had analytics in the background for a while now. So it’s been great because I get a challenging message from Piot and I have to go away to mine and give the right answer.”

TEAM SWIATEK: AIMING FOR THE TOP OF TENNIS

James has no doubt that Swiatek, with the help of analytics, has everything she needs to go all the way to the top of the women’s game.

“She’s gone from 15 to nine (in the rankings), in the WTA Race (the calendar-year standings), she’s fourth. What’s going to be the difference between Iga going from staying in the top five to being consistent and then jumping to No 1 – to actually reaching Mount Everest? It’s going to be one or two percent in a very, very few areas. And the data side, of course, finding that out and diagnosing it is one thing with the analysis, the data, it’s another thing going on and actually delivering it.

“And that’s ultimately up to the player and the coaching team to do that, which is the Holy Grail.”